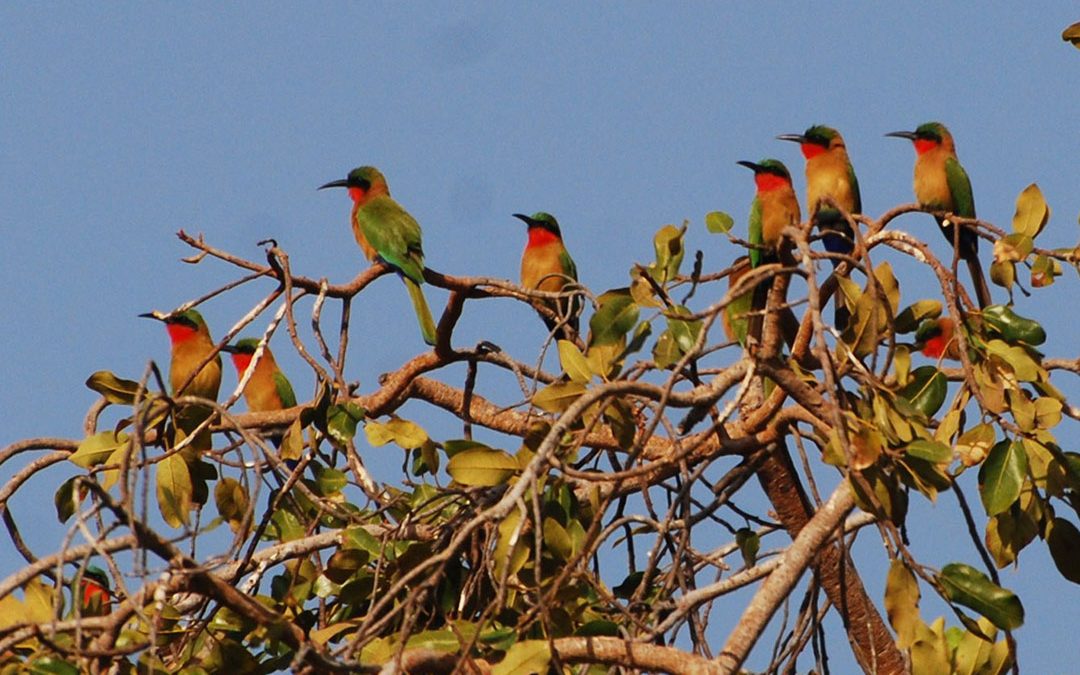 Just returned from two weeks in the Gambia, its the first time I’ve been there in February previously been there November time and just like anywhere else its noticeable the different birds that have moved on and other birds in different non breeding plumage’s .

We traveled from Banjul to Basse looking for anything and everything, from sunbirds to seabirds.

We met the participants of the Budapest to Banjul rally it was like being caught up in the wacky races(for those not old enough to know what wacky races is it was a kids cartoon).

We came across snakes, crocodiles and one or two mammals among  the vast numbers of birds. Watching Bottle-nose Dolphins doing somersaults whilst eating breakfast upcountry at Tendaba camp had to be one of the highlights of the trip. Whilst being in a town that was drunk completely dry of beer in a couple of hours was one of the more unusual memories (nothing to do with me I might add it was the rally participants honest). Boat trips were a great way to explore some of the creeks and channels (although a bit hard on my backside maybe i need a bit more padding).

So apart from a very rough bumpy landing coming back into Gatwick, during which I  must have changed colour more times than a chameleon thanks to the gales that were blowing, it was a superb trip and I would recommend Gambia to anyone.